Sorry, delivery of our products is not
available in your area...
... but you can find local store near to you at

drizly.com
... or find a local store near to you at 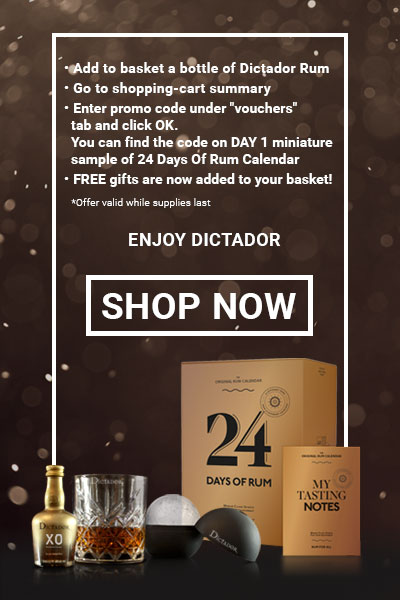 A 37 year-old Dictador Rum from a 1980 single vintage cask finished in sherry casks then shipped to Despagne, Entre-deux-Mers, Bordeaux, France. The rum spent 6 months in this barrel, originally filled up with Château Mont Pérat Bordeaux red wine, one of the Despagne flagship's from the family.

Palate: An overwhelming marriage of dark fruits and sweet rum, giving it layer upon layer of rich textured mouthfeel with tons of dried fruits and wine influences. The finish is magnificent and has touches of a French summer countryside fruit basket with rich sherry-infused oak character.

Color: Deep and nearly inky-bronze colored rum with ultra-high viscosity and flashes of golden bronze at the edges.